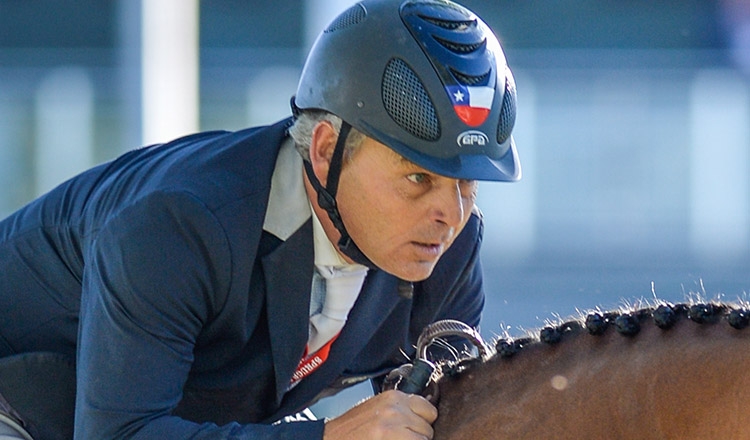 Horses are a family affair in the Parot's, but depending on the generations, the disciplines are not necessarily alike. First rodeo champion just like his father, Samuel Parot has finally turned to the international showjumping and decided to devote his career to this path of living. Like his son today, he has shown his talent many times in major championships under the colors of Chile, his homeland. But what makes "El Huaso" (his nickname) different from other riders, it's the fact that he was the coach of a certain Madonna for a while. Under the spotlight, he has not forgotten his career, and demonstrates his experience regularly at the highest level, as at Monaco in 2014 where he won the Prix Massimo Dutti against the world's best riders, or recently in Spruce Meadows, in 2015, where he won a class on his powerful Couscous Van Orti, or when he finished 3rd in the Prix ATCO, behind none other than Eric Lamaze. He hopes to maintain a long life on two continents thanks to the different stables he owns in Europe and the United States.