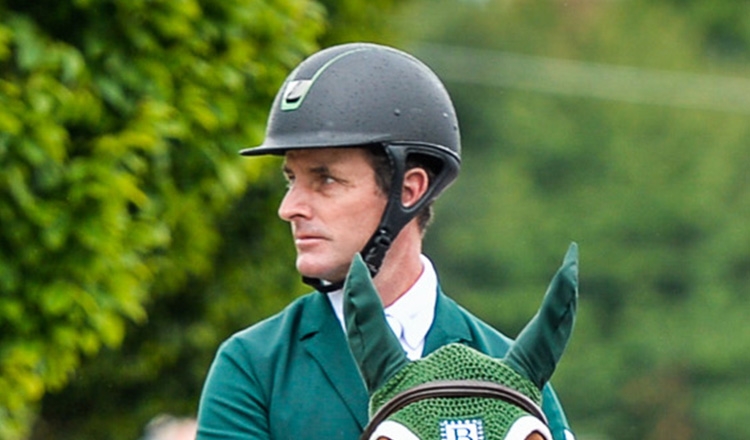 A native of Tipperary, Kevin Babington began riding in Ireland before moving to the United States where he had his first taste of international success, earning the Leading Rider title at the CSIO National Horse Show in New York. That was the same year he began riding Saly Glassman’s Carling King, by the legendary Clover Hill, and together the pair have become a consistent combination on the international show jumping scene. In 2000, Kevin and ‘King’ were members of the Irish Team at the prestigious CSIO Aachen tournament in Germany, helping Ireland finish third. It was his outstanding performance there that earned him a place on the Irish team that, one month later, enjoyed an incredible win in the Nations’ Cup event at Hickstead, England, a victory that remains one of the most memorable in Kevin’s career. The following year, Kevin and Carling King again experienced success at Hickstead, winning the Grand Prix, then contributed to the team effort that saw Ireland claim the Gold Medal at the 2001 European Championships in Arnhem, the Netherlands. But through the years, he became more than a rider. Between coaching, hosting clinics and staying on the show circuit, Kevin is a busy but amiable trainer, and a favorite in the horse world, he’s a dedicated coach to his students and never stops seeking to improve his own depth of knowledge. Presently, Kevin continues to make his mark on the international circuit.